A look through the keyhole of the brain

How do you get information out of the brain? Researchers at Aarhus University are carrying out research into taking passive measurements of the brain’s electrical signals and piecing them together into a larger image of the brain’s cognitive state.

Ever since the German psychiatrist Hans Berger first measured the electrical activity of the brain on a human in 1924, electroencephalography or EEG has been widely used as a non-invasive diagnostic tool for different brain conditions such as epilepsy and sleep disturbances.

The method involves placing electrodes on the patient’s head, and has been hailed as one of the most surprising, remarkable and significant developments in clinical neurology. The electrodes measure electrical signals related to brain activity.

However, electroencephalography can be used for much more than diagnosing. Coupling it with computer technology and Big Data, researchers have now developed an opportunity for a simple form of mind control and mind reading, and it does not require much imagination to picture the endless opportunities that are thereby opened up.

Researchers at Aarhus University have developed what they call an Ear-EEG – a small appliance that can be placed in the ear to perform a simple type of EEG. This means that the researchers can collect data over longer periods because patients do not need to go around with several hundred electrodes on their heads.

Such passive measurements of brain activity are interesting in relation to activities such as monitoring circadian rhythms and cognitive states, particularly regarding psychiatric disorders – a world that is crying out for objective information about patient conditions, according to Professor (Docent) Preben Kidmose who is one of the world’s leading experts in taking in-the-ear EEG measurements.

However, there are far greater prospects ahead.

“How do you get information out of the brain? Normally, the only way we can do it is by moving – i.e. talking, gesticulating, etc. But, in principle, this is a very slow form of communication. The bandwidth, if you can call it that, is very narrow. Just think how many thoughts you can generate in your head in the same time it takes to utter just ten words. It would be very interesting if you could open the floodgates. That’s what’s interesting – how to get bits and information out of the brain,” he says.

This is not just something you do. Particularly if the technology has to be non-invasive.

We can only see the massive torrents

There are approximately 80 billion neurons in the human brain – special types of cells that can emit electrical signals, and which combined form the key elements in the brain and central nervous system. Each individual neuron is a small calculator that can join up with other neurons and form neural networks running through the brain.

If you really want to open the floodgates, you should therefore be able to draw out information from each individual neuron, but this is impossible. You can only see the entirety, according to Professor (Docent) Kidmose.

“Imagine it’s raining in a huge mountain landscape. The raindrops that fall on each individual stone and mountain peak slowly run together in small streams that, in turn, merge with others and eventually form large rivers and torrents in the valleys. With the technology we’ve got today, with electrodes placed on the head, it’s these huge torrents we can see. Nothing else,” he explains.

Previous knowledge can open the door

This is why the ‘bandwidth’ in thought-controlled technology today is even slower than normally operated technology. For example, it is possible to use electroencephalography to write words by thinking of the letters you use.

“But doing so occupies your entire cognitive capacity. You have to focus very hard on one single letter at a time to be able to read it on the brainwaves using external electrodes on the head. You can steer a wheelchair the same way, but it’s easier to do so with your tongue because the technology requires you to focus so much on the one action you want,” says Professor (Docent) Kidmose.

“As long as we have to measure outside the brain, the bandwidth is low,” he continues.

However, there is a great potential for in-the-ear EEG measurements. After all, it is the turbulent rivers that cut through the rocks and form the landscape. And in the same way, it is possible that familiarity with the overall electrical thought flow can work out what is going on in detail. 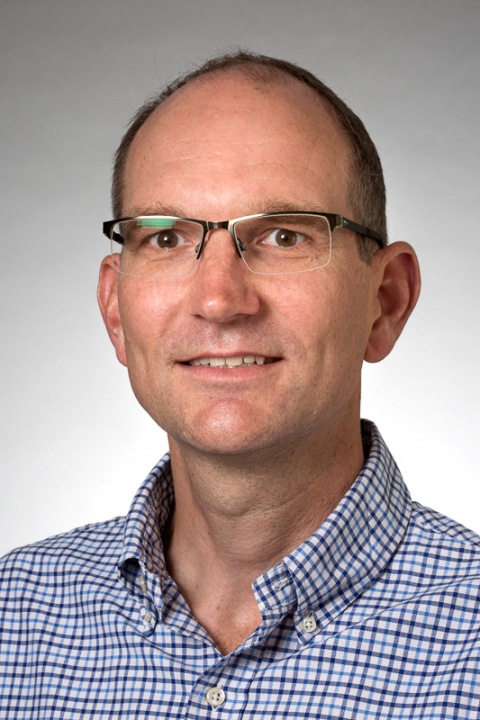